Voice over Internet Protocol and the Wiretap Act: Is Your Conversation Protected? 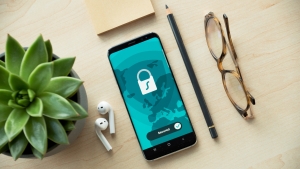 10101101: Is this sequence of digits voice or data? To a computer, voice is a sequence of digits and data is a sequence of digits. The law has defined 10101101 to be data, and 10101001 to be voice communications. Courts have constructed a distinction between data, 10101101, and voice, 10101001. However, that distinction is blurred when voice and data are simultaneously transmitted through the same medium. The courts forbid third parties to tap or monitor voice communications, yet permit data packets to be tracked, stored, and sold by third parties with the implied consent of either party engaged in the transaction. Prior to the convergence of voice and data into a single transmission medium, courts were able to enforce the distinction between voice and data communications by constructing the clickstream data exemption to the Wiretap Act. With the onset of Voice over Internet Protocol (VoIP) and comparable technologies, the privacy rights assigned to 10101101 (data) or 10101001 (voice) have been blended such that it is unclear whether voice communications using VoIP are protected.

To read the full article, go to the University of Seatle