Social Media E-Discovery: How to Request and Respond – Courts have provided guidance for litigators 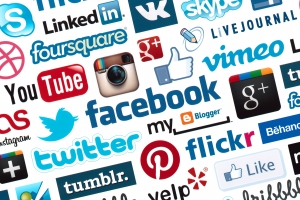 Seeking information from social media accounts is becoming commonplace in litigation. Obtaining social media discovery, however, can pose significant challenges, as this information can take many forms, involve different file types, be generated by different users and be extremely voluminous. To avoid pitfalls, requesting parties should avoid blanket requests and be specific about the social media material they want and need. Likewise, responding parties should fully produce social media data responsive to a request, and fully document redacted or withheld material.

The case of Scott v. United States Postal Service illustrates the importance of tailoring social media requests. Scott was a personal injury case. To help prove the lack of injury, the defendants moved to compel the production of “all postings related to any type of physical or athletic activities from June 6, 2014, to present on all social media websites, including, but not limited to Facebook, Instagram and Twitter.” The plaintiff objected that this request was “immaterial and not reasonably calculated to lead to the discovery of admissible evidence.” The court found that the information sought was relevant but agreed that the request was overly broad. The court explained, “[A] request for discovery must still be tailored … . Otherwise, the Defendant would be allowed to engage in the proverbial fishing expedition … .”

The court found that the primary reason the defendants’ request was overly broad was that it lacked a connection to the relevant injuries for the case. The court distinguished Scott from prior similar cases where production was compelled by stating, “the Request for Production is overly broad to the extent that it seeks all social media postings ‘related to any type of physical or athletic activities from June 6, 2014, to present’ ” as opposed to “postings or photographs that reflect physical capabilities that are inconsistent with the injuries that Plaintiff allegedly suffered as a result of the accident.” As shown, when crafting requests, it is important to be specific in describing the information sought and to be sure to connect the requests to the relevant issues in the case.

In turn, parties should be careful to respond completely to requests for social media data. This can be difficult due to the multifaceted nature of social media content, which may contain posts, comments, threads, messages and “statuses” from various locations and contributors. In this regard, parties requesting social media data often assume they can readily receive all the information from a user’s account just as it appears in their browser. This approach is unrealistic. As one commentator has noted, “People tend to expect that elements linked or embedded into content will be included, but those elements are often hosted on completely different web platforms, or its hosting may have expired.”

The complexity of social media data, however, is no excuse for incomplete production, and failing to include relevant material can have serious consequences. D.O.H. v. Lake Central School Corp., for example, illustrates how incomplete production of social media can result in sanctions. In this case, the plaintiff was ordered to produce the following:

“[A]ny profiles, postings, or messages (including status updates, wall comments, causes joined, groups joined, activity streams, blog entries) and SNS [social networking service] applications for the relevant time period ‘that reveal, refer, or relate to any emotion, feeling, or mental state, as well as communications that reveal, refer, or relate to events that could reasonably be expected to produce a significant emotion, feeling, or mental state.’”

To read the full article, go to In-House Ops

Because these cookies are strictly necessary to deliver the website, refuseing them will have impact how our site functions. You always can block or delete cookies by changing your browser settings and force blocking all cookies on this website. But this will always prompt you to accept/refuse cookies when revisiting our site.