By Daniel B. Garrie, JAMS 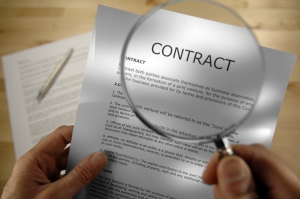 Blockchain technology is undoubtedly on the rise.  Be it for currency, supply chain, real estate, energy, or even democracy, blockchains will soon permeate most business and consumer transactions.  With every action, however, there is an equal and opposite reaction. In the legal community, the “action” of this new technology surely will feed an equal and opposite reaction: litigation.  It is a matter of when, not if, blockchain-related disputes will begin to heavily populate the ADR dockets.  The question exists: are neutrals ready?

We often conflate the word “smart” with user-friendly, consumer technology.  A “smart” phone enables us to video call our loved ones from thousands of miles away at the touch of a button.  A “smart” watch conducts a biometric scan and tells you exactly how many calories you burned during your morning spin class.  A “smart” home portal seamlessly connects ordinary appliances to the internet, wherein a few simple voice prompts turns the television to your favorite channel, sets the thermostat, and begins cooking your dinner, simultaneously.

To read the full article, go to Law.com