The DNC Hack Was Not an Act of War: What we call it under international law should influence our response

By Daniel Garrie and Joey Johnson 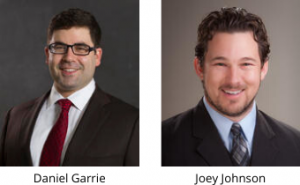 For weeks and months, countless news cycles have been spent discussing Russia’s alleged hacking of the Democratic National Committee (DNC); the Obama administration’s decision to take steps against Russia in response to that alleged hacking; and, most recently, Michael Flynn’s resignation from his position as national security adviser. The debate surrounding the DNC hack, interestingly, has not fallen along party lines. It has ranged widely in content—from President Trump’s outright denial of Russian involvement to John McCain’s claim that Russian involvement constitutes an act of war.

While much of the rhetoric has been strong, we have seen no real discussion of legal merit. Determining the legal merit of these positions, however, is crucial in such a high-stakes situation. So, we have carefully and dispassionately reviewed the categories of international violations of sovereignty, and, on the basis of the available evidence,  we have come to several conclusions, First, even assuming that all the accusations against Russia are true, its actions are more akin to an interference with a nation state’s internal affairs than an “act of war.” This means that neither group, whether the deniers or the war hawks, is correct.  Therefore, we believe that the appropriate course of action in responding to the alleged hack must, under legal principles governing such interference, occupy the middle ground.

To read the full article, go to Metropolitan Corporate Counsel