By Daniel B. Garrie and Peter Rosen 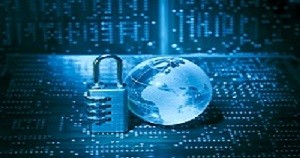 Recently, Mondelez International Inc. sued Zurich American Insurance Co. for denying coverage, under its cyber policy’s war exclusion, for Mondelez’s alleged over $100 million in losses caused by the NotPetya ransomware attack in 2017. This case has the potential to make a significant impact on the cyber insurance market as it is the first time the war exclusion has been litigated in the cyber insurance context and highlights some key issues in applying traditional policy language to cyberattacks.

Does the war exclusion apply to cyberattacks? If so, can Zurich prove NotPetya came from a state actor given the challenge of attributing cyberattacks?

Mondelez was one of dozens of companies to suffer damages during the global NotPetya ransomware attack in 2017. The attack caused $10 billion in damage, according to the U.S. Department of Homeland Security.

To read the full article, go to Law360